Your shopping cart is empty - Visit the shop

Solo trip to the USA

As a part of my first solo trip to America recently, I was invited to be a solo artist at the International Trombone Festival (ITF) at the Eastman School of Music in Rochester, New York. The last time I performed at an ITF was when I ran the all-female trombone quartet Bones Apart, back in 2002, so it was great to be invited back.

I was very conscious, when deciding on my programme, that specialist instrumental festivals are perhaps quite often full of people trying to impress with fast technique, so I wanted to do something different and decided to take things back to basics; just play some simple melodies, and play from the heart. I spent a few months doing all the arrangements, plus I had a commission composed by Jeremy Dibb especially for the event. 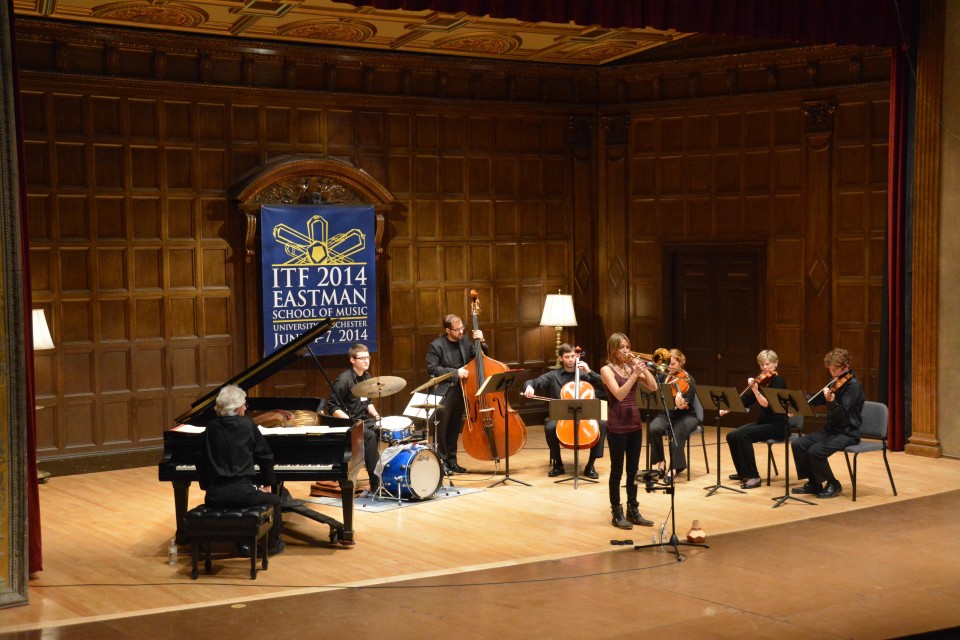 I thought I would be nervous performing to a concert hall full of trombonists, but the musicians on stage with me were absolutely stunning, and I just melted into the occasion and enjoyed every minute.

Here are a couple of videos to show two of the arrangements (these were filmed out in the Netherlands for the Lätzsch Trombone Festival a few weeks before, though, so they’re not of my performance at the Eastman School of Music!):

This entry was posted in Arranging/Orchestrating, Gigs, Tours. Bookmark the permalink